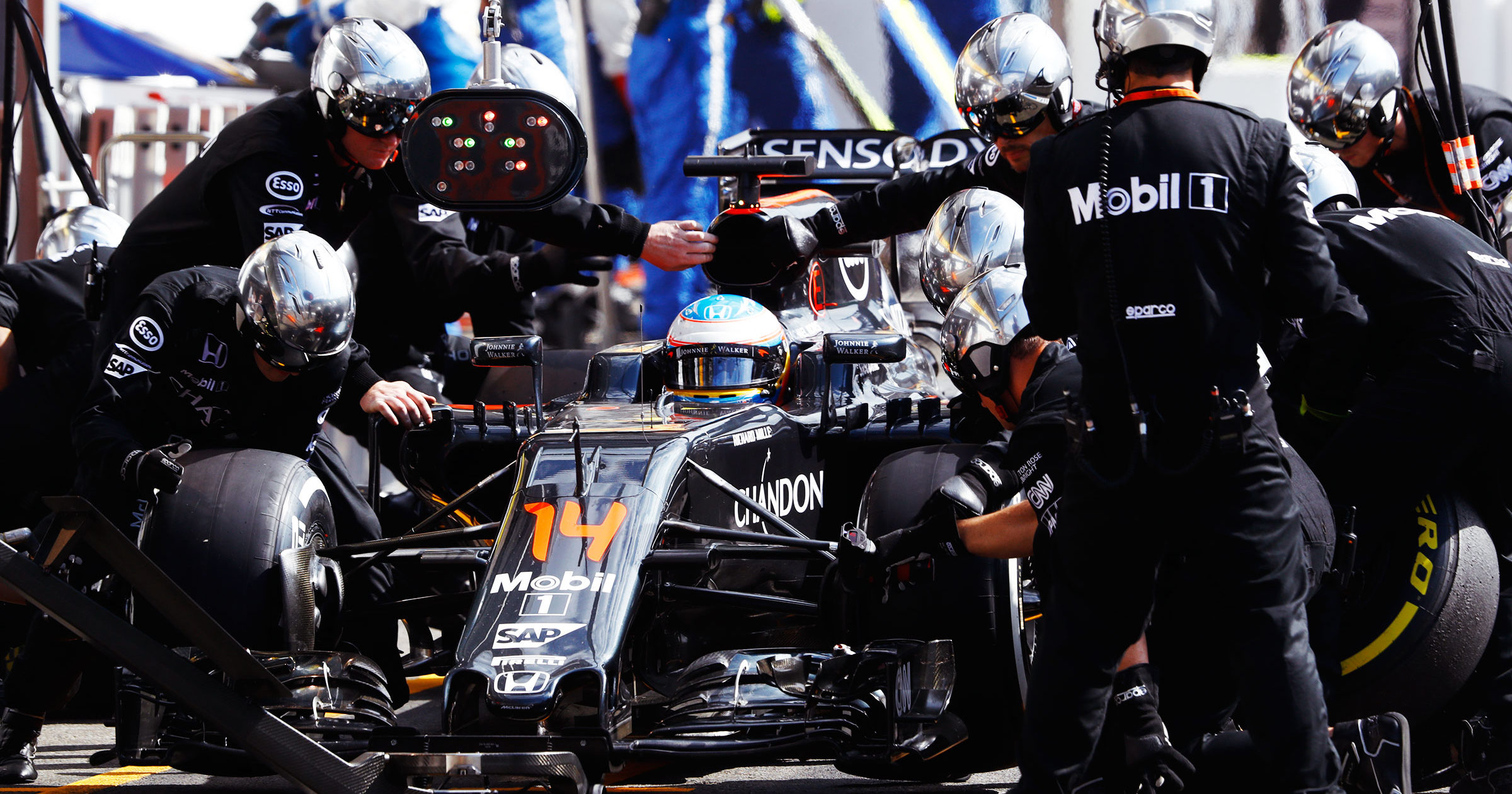 Rumors swirl around Apple like exhaust around a race car, and one of the most persistent is that Apple wants to break into the auto industry with an electric, self-driving car. The speculation intensified today when the The Financial Times reported that company is negotiating a deal to buy McLaren.

McLaren is perhaps best known as one of the most storied teams in Formula 1, but the company, based in England, also makes sports cars. Very expensive, very fast sports cars.

Now, it makes sense that, if Apple is indeed serious about cars, it would buy a company with the expertise to do the job. With more than $200 billion in cash, Apple certainly has the money.

But why McLaren? The company produces just 3,000 cars a year, and the ones that don’t cost more than a million bucks sell for around a quarter mil apiece. They are as extreme as they are exclusive. Each has an infotainment system that is, to use the British technical term, bollocks. Forget autonomous driving—McLaren refuses to even offer adaptive cruise control.

All of which makes McLaren an ideal partner.

Now, McLaren insists there is absolutely no truth to the report, which says Apple might buy the automaker for nearly $2 billion, or make a strategic investment in the company. Apple, being Apple, declined to comment on the report at all. It has never even confirmed the widely held belief that it wants to build an autonomous electric car.

But if you buy the July Bloomberg report that Apple has shifted its strategy to focus on autonomous vehicle software instead of manufacturing a car, you see the upside of a deal like this.

Apple long ago mastered consumer electronics, but building cars is exponentially harder. Automobiles have a service life of a decade or more, and must endure every extreme imaginable. Thousands of pages of rules govern even seemingly mundane details like the typeface of a VIN plate (sans serif fonts, please). If something breaks or fails, people can die. Simply setting up a retail network is a nightmare. This is a very hard game to play, and the profit margins suck. Just ask Elon Musk.

McLaren—which happens to be profitable and privately owned—may not give a tuppenny toss about cars that drive themselves, but it is among the world’s premier engineering companies, and it has a lot to teach someone like Apple about engineering, materials science, manufacturing, and, yes, design.

Formula 1 is perhaps the most technically complex sport ever invented. Successful teams must have a thorough mastery of everything from aerodynamics to logistics. Each team designs and manufacture its cars, and continually develops them throughout the season. to  You may not know it, but F1 is attempting to make itself more relevant to road cars by embracing small turbocharged engines and hybrid drivetrains that burn less fuel yet produce roughly 800 horsepower.

Many technologies widely available in road cars—dual-clutch and paddle-shifted transmissions, carbon fiber, active suspension, disc brakes, even rear-view mirrors—started in racing, and McLaren’s been at it since 1963. It may not be spending much time on the podium these days, but it remains one of the most successful teams in F1.

Then there’s Formula E. McLaren doesn’t compete in the electric racing series, but it designed the drivetrain every team used in the 2014-15 inaugural season. It cribbed heavily from its glorious hybrid P1 hypercar. So yeah, it can do electric.

But the biggest advantage for Apple might be McLaren Applied Technologies, the company McLaren spun off in 2004 to apply F1 know-how to other industries. These folks reduced flight delays at Heathrow, improved health monitoring for stroke victims, and even made a toothpaste factory more efficient. So it’s easy to see McLaren turning all its expertise to Apple’s problem—deploying software into a car.

Culturally, the two companies may be a perfect fit. McLaren has it’s own Jobsian figure in CEO Ron Dennis, a man so obsessed with details that he insists screw heads in his company’s tech center be vertical so they don’t gather dust. The temperature in every room in the McLaren Technical Centre and his home is set to precisely 21 degrees Celsius. The man even had the gravel in his driveway washed before installation. And he’s largely responsible for building McLaren from a middling F1 competitor to a frequent champion and popular manufacturer of road cars.

For Apple, the upside of this rumored deal is clear—buy McLaren, and tap its deep talent pool to develop a new kind of car powered by Apple software. In exchange, maybe Tim Cook can help McLaren with its infernal infotainment system.