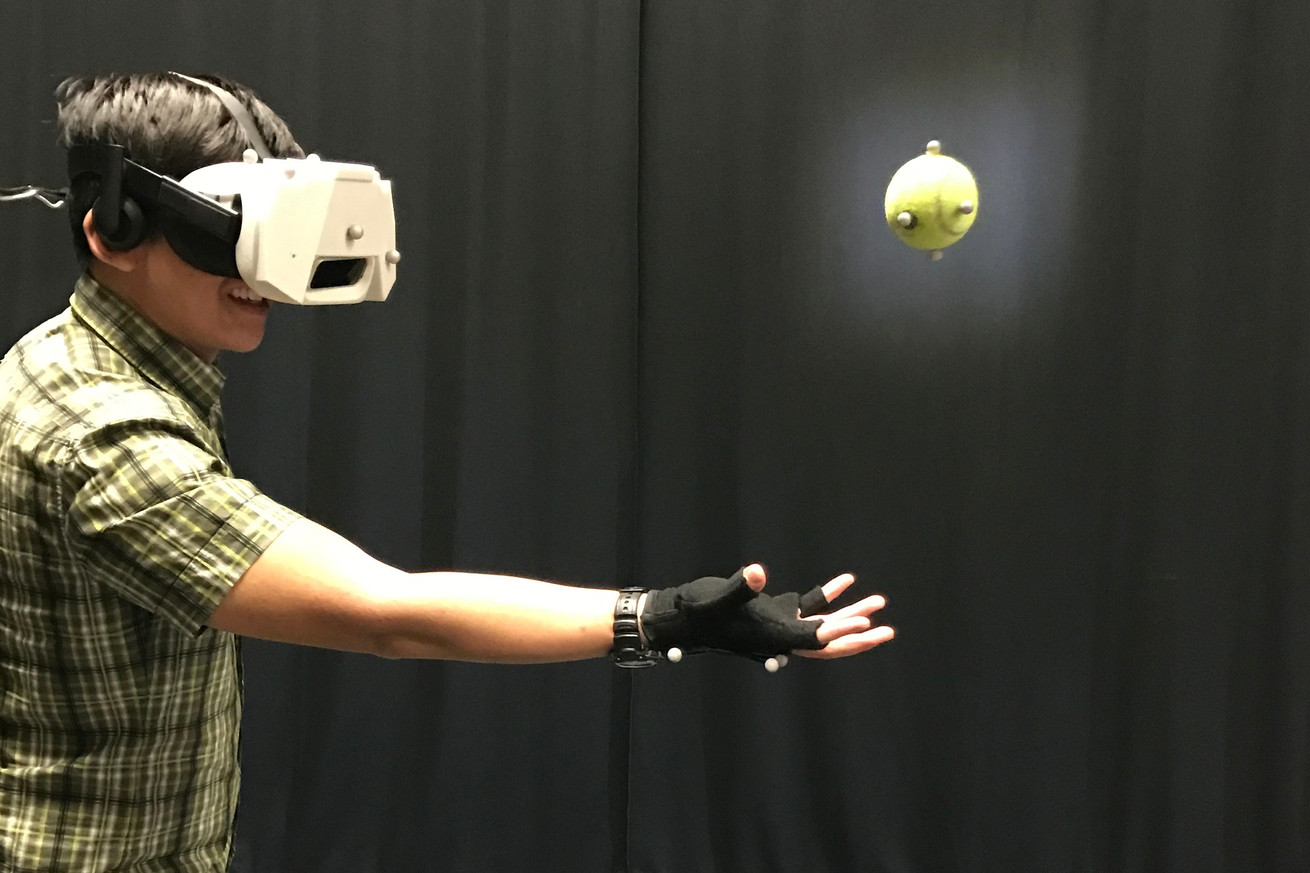 Disney Research has figured out a way to let people catch real balls while wearing VR headsets. The team uses sensors to track your hands, head, and the ball, and then uses motion prediction to map a virtual ball in VR, allowing the user to track and catch the physical one.

That’s a neat trick in and of itself, but the most interesting feature Disney Research showed off is the prediction method that allowed the user to see where the ball would land in VR ahead of time.

Disney Research doesn’t have immediate plans to implement the technology in consumer VR products, but the demonstration gives us a good idea of how quickly VR is progressing, and how useful it could be in numerous fields like gaming and physical therapy in the future.