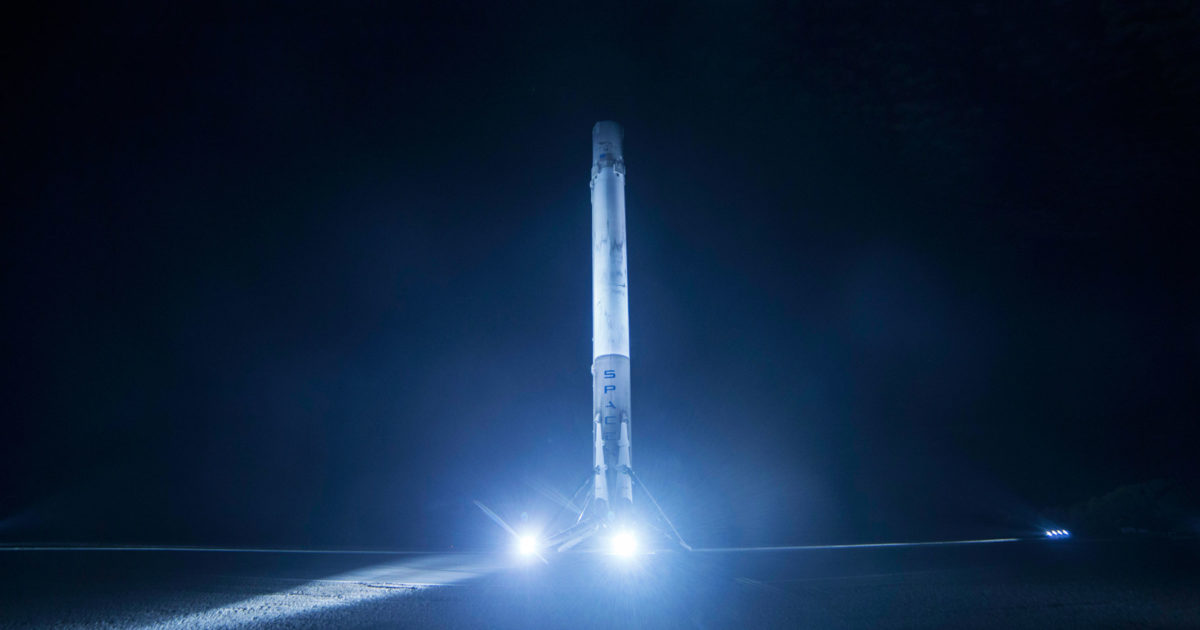 For a company in an industry that deals in massive rockets and constant delays, SpaceX has always been nimble. Part of its shtick is launching faster and cheaper than anyone. Now it’s racing against itself, making up for lost time after an explosion scuttled its rockets for months last year.

It’s been just two weeks since SpaceX’s last launch, and the company is already preparing for another on Monday. It’s another entry in a blazing schedule, with a liftoff scheduled pretty much every two weeks for the next two months as SpaceX slots in catch-up launches for its waiting queue of customers. This time, a Falcon 9 will blast off with a telecoms satellite for the British company Inmarsat from SpaceX’s Cape Canaveral launch pad.

But, unlike SpaceX’s previous two missions, this particular rocket won’t be trying for a landing. Watch the expendable rocket lift off, never to return, when the launch window opens at 7:21 pm Eastern.

But wait, you’re thinking. Didn’t SpaceX already figure out this whole reusable rocket thing? Why not just land the first stage? Mostly because its cargo is really, really heavy. Packed with hardware and solar arrays that fold out to wider than a hundred feet, the Inmarsat satellite weighs more than 13,000 pounds. Once in space, it’ll join three of its peers as part of a network beaming high speed broadband to ships and airplanes to make in-flight wifi much, much better.

That hefty payload already requires tons of fuel to lift. Plus, the rocket will be blasting past low Earth orbit and hauling itself 22,000 miles up to geostationary transfer orbit to drop off the sat. That longer maneuver, again, means way more fuel. Which doesn’t leave much space for the extra propellant needed for a landing sequence. (Also, this way the rocket doesn’t have to tow along landing gear.) The company has made similar choices before, most recently for a launch in March of an EchoStar satellite that was billed as one of SpaceX’s last expendable launches.

SpaceX could’ve sidestepped sacrificing yet another Falcon 9 if the timing had worked out better. Back when the company and Inmarsat struck the contract for Monday’s launch in 2014, the payload was slated to fly on a Falcon Heavy, SpaceX’s high-thrust, heavy lift vehicle. Three years hence, the Heavy is still in development—SpaceX engineers fired up the powerful rocket’s central booster at their McGregor, Texas testing facility two weeks ago—and it’s not scheduled to fly until later this year. If the schedule holds, the Heavy will be able to lift payloads of 54 tons, perfect for future missions like this one that strain the Falcon 9’s limits.

Delays and technical difficulties aside, SpaceX is working with what it has. And if the next two months are any indication, it’s focusing on what launch providers do best: sending stuff up into space, over and over again.