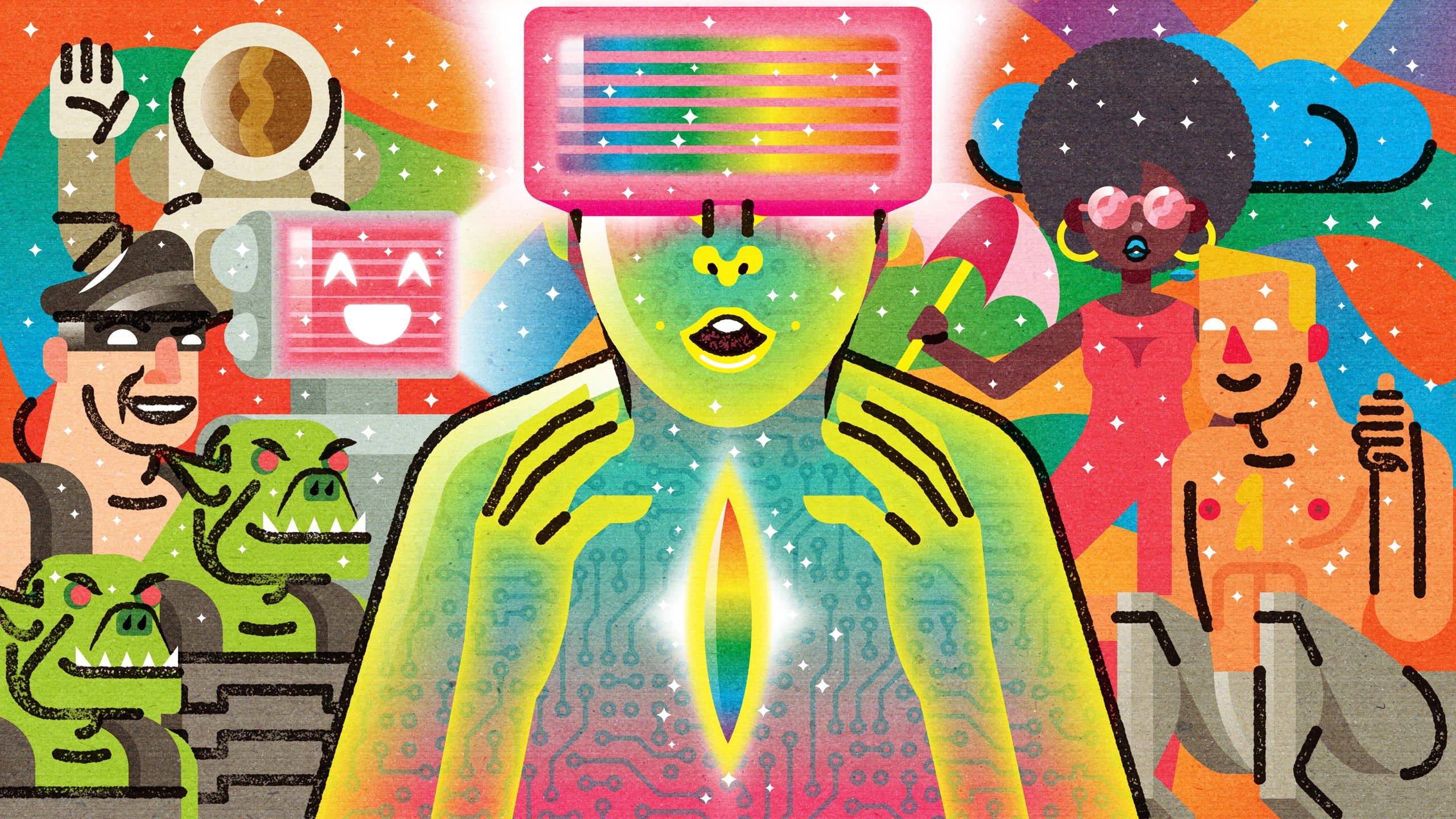 For years, the X Prize Foundation has funded competitions that ask participants to make sci-fi a reality: a device to extract water from thin air, like Star Trek’s replicator; a tool to instantly diagnose disease, like the Star Trek tricorder; a crime alert network, inspired by Minority Report. But for its latest competition, Seat14C, the organization is putting the fiction first—by asking writers to envision what humanity will need in the future.

Starting today, 22 new science fiction stories go live on the Seat14C website, courtesy of genre luminaries like Margaret Atwood and Charlie Jane Anders. Each story details the future from the perspective of a different passengers on a plane that traveled through a wormhole 20 years into the future. That’s just the starting line, though. Other writers will then compete to tell the story of the passenger in seat 14C. Whoever wins, in addition to having their work included alongside established authors, will get to join the X Prize’s Science Fiction Advisory Council, a 72-person panel that will provide a roadmap for what the world could look like decades from now.

“For speculative fiction writers, that’s the enterprise: to spend time in impossible worlds, and map those possibilities onto the real world,” says Charles Yu, author of How to Live Safely in a Science Fictional Universe, a story editor for Westworld, and one of the council’s members. “Because we don’t have the knowledge to know what can’t be done, that can lead into possibilities that you otherwise wouldn’t have gotten to.”

Preparing for the Future—By Picturing It First

At X Prize, an organization that was founded to finance utopian visions, science fiction has always been required reading. “The only thing that could arguably match my obsession with tracking NASA missions when I was younger was my obsession with science fiction: Star Trek, Clarke, Heinlein, Asimov, you name it,” says Peter Diamandis. To the X Prize founder, fearless exploration in alternate universes isn’t an escape, but a model—a way to turn imagination into a business plan.

So when Erik Desatnik, director of public relations at X Prize, came to Diamandis with the idea for a sci-fi advisory council last summer, it was a natural fit. “The more we can paint a picture of what the world can be like, the more we can catalyze the necessary ecosystem for that future to come to be,” says Desatnik. Over the next year, he assembled the Science Fiction Advisory Council, reaching out to creators across genres, including Walking Dead producer Gale Anne Hurd, director Darren Aronofsky, and writers like Neil Gaiman and Andy Weir.

Starting in July, those science fiction visionaries will meet quarterly (and virtually) with Diamandis and the X Prize team to weigh in on various roadmaps for the future. Some of the authors have expertise in various areas—Daniel H. Wilson has a PhD in robotics, Paolo Bacigalupi writes about energy and bio-engineering—but mostly, the council members will be providing input on big, amorphous topics like space exploration or environmental issues.

If the idea of Margaret Atwood and Neil Gaiman decideing when we should send robots into space seems a little far-fetched, that’s intentional. X Prize wants to design possible futures by imagining what those futures look like, and authors have practical experience in imagining realities. Is that any more outlandish than deciding you want to go to space and then inventing commercial spaceflight? Didn’t think so.

Finding the Truth in Fiction

The Science Fiction Advisory Council wants humanity to imagine its destiny through a range of perspectives—and Seat14C (which is presented as a collaboration with Japan’s All Nippon Airways because #synergy) shows just how different those viewpoints can be. You can’t dream up the future through just one person’s view. That’s why each story in the collection presents a different person’s (and character’s) perspective on Earth in 2037. “We’re so used to talking about the future in a singularity, but the truth is there cannot be one future,” says Zenia Tata, executive director of global expansion for X Prize. “Our world is too complex.”

The varied narratives of Seat14C capture that complexity. One kid, who was headed home from robotics camp on the flight in 2017, ends up judging a competition of AI performing humanity in her future; another passenger finds his long-lost love and joins her as a teacher on the moon; a third spends most of the story in the airport terminal bathroom.

But one passenger’s narrative has yet to be written—which is where you come in. Over the next two months, anyone can submit a story about the passenger in seat 14C. The winner will get a chance to sit next to sci-fi heavyweights both on the page and on the Science Fiction Advisory Council. They’ll also get the opportunity to change how people see the world. “The futures that you paint are going to affect people,” says council member Daniel H. Wilson, author of Robopocalypse. “Whether you want to or not, you’re gonna be seeding people’s imaginations, and some of those people are going to be building the future.” And with the funding and commitment of X Prize, that future just might come true.