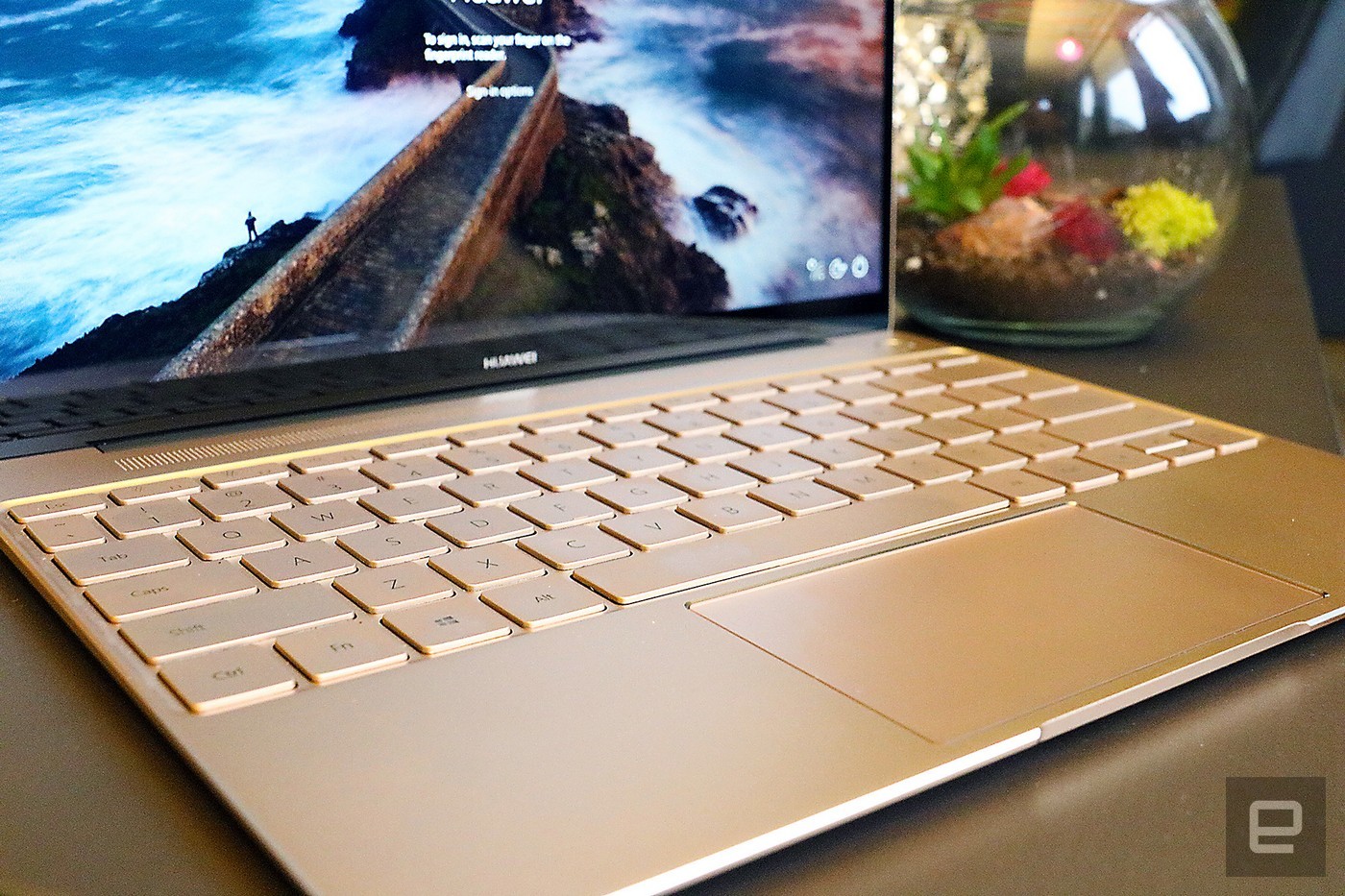 We were reasonably impressed with Huawei’s first bold foray into the Windows 10 notebook market, the Matebook X. Partially because it’s a dead ringer for Apple’s 12-inch MacBook and partially because Huawei’s machine improved on it in a few key ways (like adding a second USB-C port. Whoa). A month after our first look, we’re getting price points for the 13-inch notebook. The machine will be available for pre-order June 30th. $1,100 nabs you an Intel Core i5-powered version with 256GB of space in space gray or you can shell out $200 more for a slightly faster Intel Core i7-loaded model with 512GB of storage in prestige gold.

As our hands-on noted, if you want an Apple MacBook that runs Windows, the Matebook X is a great choice. While they also imitated that machine’s minimal port design, at least Huawei had the courtesy to include a dongle with USB-A, USB-C, HDMI and VGA access. Plus, its keys have 1.2mm of travel space, unlike the nearly-flush butterfly key setup on the MacBook — if that’s an important thing to you.