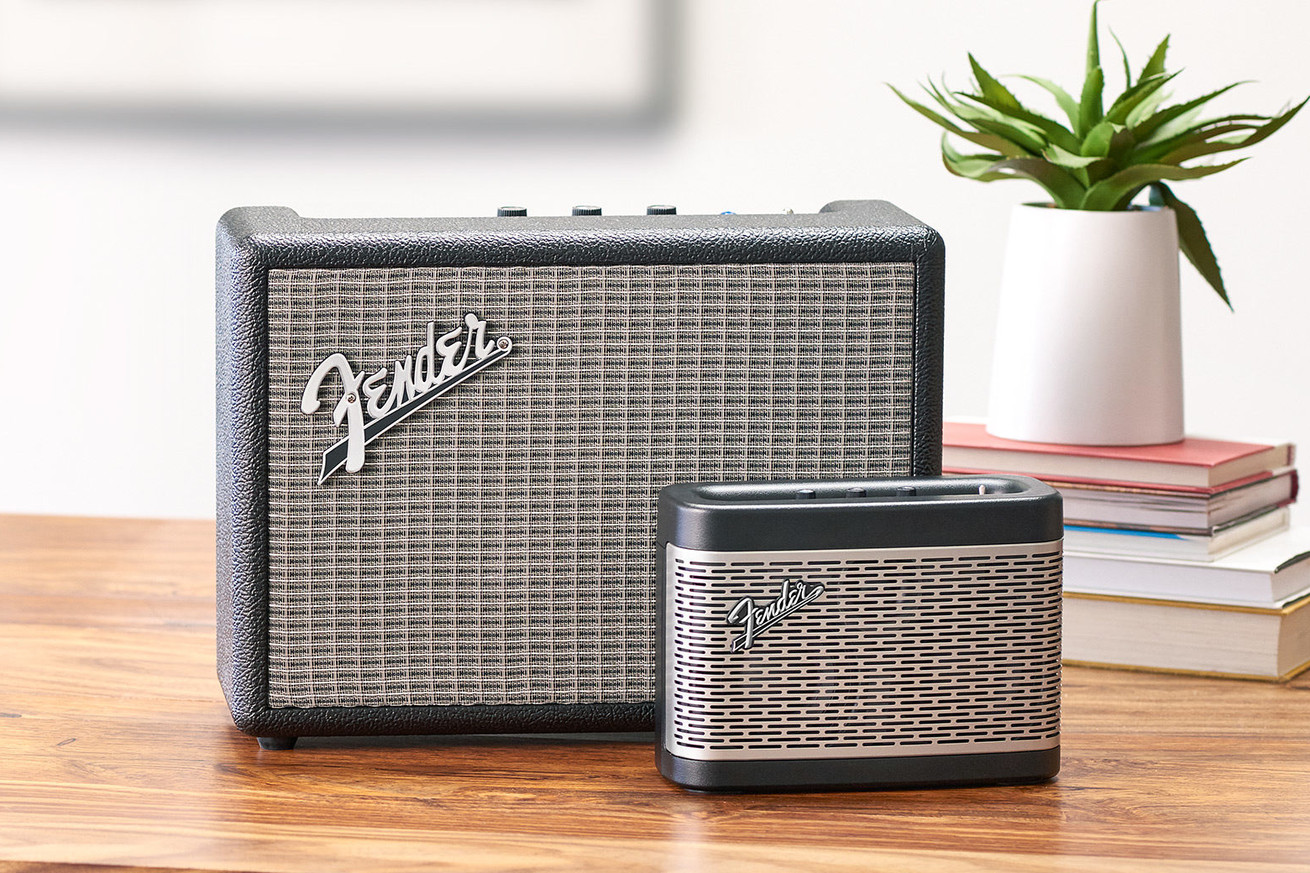 The Fender name is legendary in the world of music for its guitars and amplifiers. But now the company is setting its sights on a new chunk of the music industry — Bluetooth speakers. The company is launching two speakers: the larger $349.99 Monterey, and the smaller, portable $199.99 Newport.

The $349.99 Monterey is the more powerful of the two new speakers, which is logical, given that it’s meant to stay put on a shelf or cabinet unlike the portable Newport. It features four drivers — two woofers and two tweeters — for 120W of power, both RCA and 3.5mm aux jacks for hooking up audio sources, and comes in a wooden enclosure.

The Newport is comparatively weaker, only driving 30W of power with two woofers and a single tweeter. But along with a smaller size and price point, the Newport includes a built-in battery, which Fender says should last for up to 12 hours of playback. The Newport also includes a USB port, so it can double as a portable battery pack in a pinch.

Both speakers have designs inspired by the company’s classic ‘68 Custom amplifiers, with the same retro grilles and labels, knobs, and buttons that you’d expect from a Fender product. Fender is also offering aptX and AAC codec support for better Bluetooth sound quality, along with the option to adjust both bass and treble through physical hardware controls so that you can tweak your music to your exact specification.

Just as in the amplifier space, Fender already has some competition when it comes to Bluetooth speakers in the form of longtime rival Marshall, which has been producing speakers based off its own amps for a while now. Specifically, the Marshall Stockwell and Stanmore speakers appear to be pretty competitive when compared to Marshall’s new speakers, while being pretty well regarded when it comes to sound quality. But no matter which way your amp allegiance falls, it looks like you’ll have plenty of choice when it comes to speaker options.

That said, it’s also worth noting that Fender sells actual amps with Wi-Fi and Bluetooth for the same $249.99 price point, which, while probably not tuned for the wider range of music you’d generally be playing off a phone or laptop, still might be worth a look (especially if you also play guitar).

The Fender Monterey and Newport are available now from Fender’s website.