With Valerian and the City of a Thousand Planets, Luc Besson is once again delivering an elaborate sci-fi epic, his first since The Fifth Element. (Lucy, his last film, with Scarlett Johansson, was decidedly more small-scale.) Based on the French comic series Valerian and Laureline — which also served as a major inspiration for Star Wars — the film centers on a duo of space and time-traveling agents who are tasked with solving a galactic mystery.

Valerian, which opens in theaters July 21, stars Dane DeHaan, Cara Delevingne, Rihanna (as a shapeshifting alien, no less) and Clive Owen. The film is also the biggest independent-film production ever, with a budget of $180 million. It’s filled with the sumptuous visuals we’ve come to expect from Besson — the only difference now is that filmmaking technology has finally caught up with his imagination. 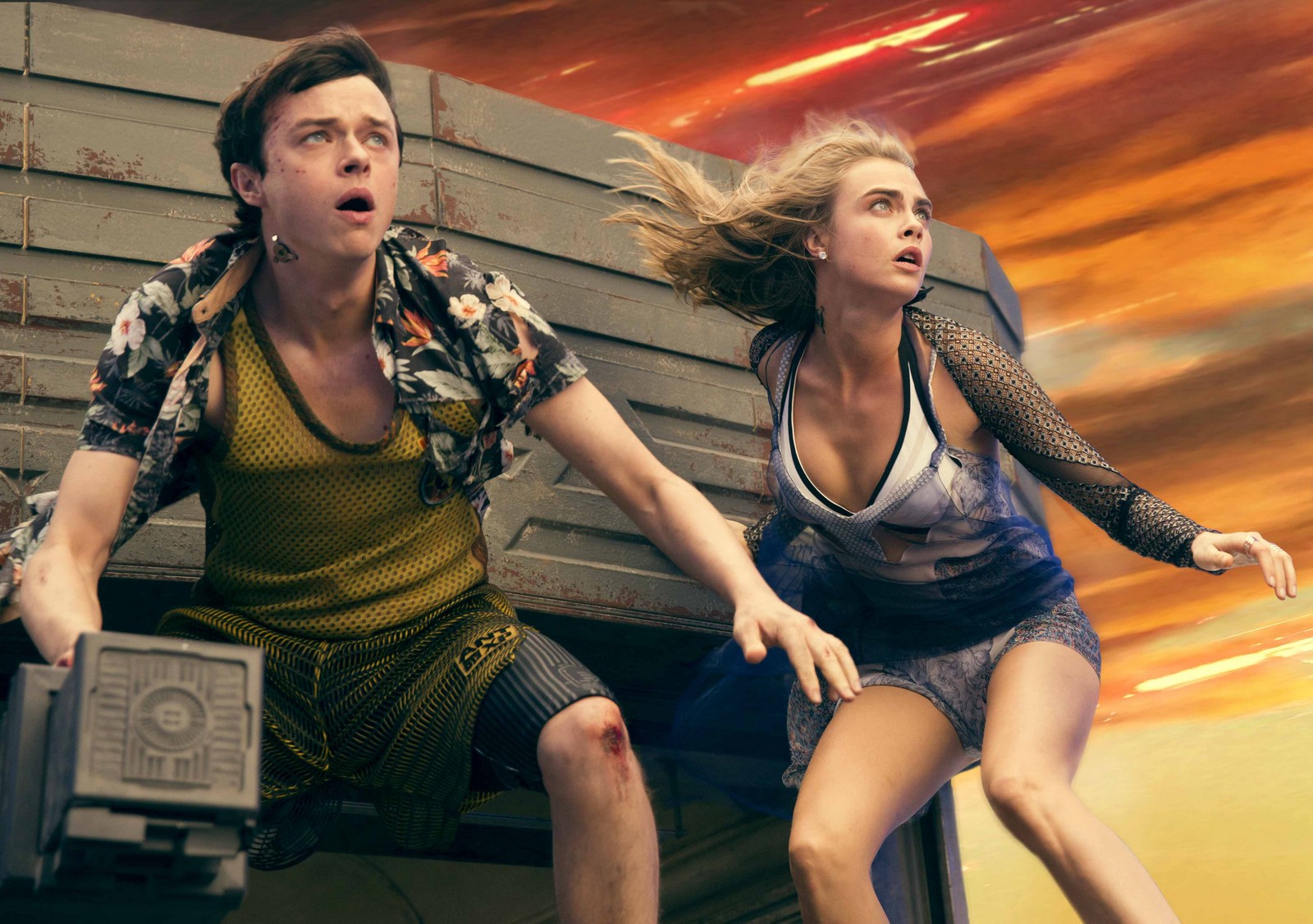 How did working on this film compare to The Fifth Element? We’ve been waiting for a while to see you handling a big sci-fi world again.

I’m back! Honestly, The Fifth Element was a nightmare to do, because, at the time, special effects were old-fashioned, it was before we went digital. Every time I wanted to use a green screen, it took like six hours. It was really painful. This one … because we prepped a lot, it was easier. Longer, but easier. The Fifth Element has 188 shots with special effects; Valerian has 2,734. It was less painful, but technology has made it easier for a director. You just have to specifically be very precise about what you want, and you need to have a good time to do it.

I was also very lucky because I worked with WETA, who did Avatar, and ILM, who did Star Wars. So I’ve already got the best two companies in the world. Usually, you have one or the other. But for the first time, they accepted working together. The film was actually too big to handle by themselves. And it was just a pure pleasure to work with those guys because they were trying to be the best, each of them. I was on the postproduction for the last year, and I was amazed every day by the level of what they had.

There’s a third company who worked on [Valerian] called Rodeo; they did all the spaceships and Alpha station. They were also very good.

Now that you can do so much more with digital effects, when do you go practical instead? The practical costumes in The Fifth Element still look very realistic today.

I’m going to give you an example: You have something to build, so you open your toolbox and take what is most appropriate to do it. If it’s a hammer, or a screwdriver or a saw, it’s the same. So if I have a shot to do, my first question with my team is to say, "What is the best way of doing this?" It’s not automatically CGI or props. And for me, that’s the best approach.

The Doghan Daguis [above], which are like the Three Stooges in the film, in fact, are all CG. But I have real actors playing them all the time, so there’s lots of rehearsal with them so we can get the rhythm of the lines. But the third time we shoot, we built three Doghan Daguis figures and have them as a model. They’re like 5 feet tall, they have the hair and the eyes, they’re perfect.

They can’t move, but every time we finished a shot, we pushed the actors away and put the three models in, and suddenly you have exactly the right light on them. You see exactly how the skin is reacting, you see the reflections on the eyes. We were filming a lot of that, even if it wasn’t animated, so the people from WETA know exactly how the light will react on them later. So, in reality, we have actors, CGI and props in the same shot.

Do you find the fact that you can do practically anything now digitally to be limiting?

You’ve also talked about how watching Avatar made you think this film was possible. Could you talk a little more about that?

It wasn’t the film by itself — I’m a huge fan of the film and the storytelling, but that’s one thing. What inspired me a lot is the experience of [director James Cameron] going through it. The technology wasn’t ready, so he worked with people, he invented the technology to make it possible. Jim invited me on the set, so I went for a day to watch how he was working. He makes it very easy. Suddenly, you realize, "OK, in fact, a human can do it!"

I’m not trying to compare myself to him at all. But, suddenly, before I came on the set of Avatar, I thought it was impossible to make the film. And when I saw him working, I thought, "OK, if I take my time and I prep a lot, we can do it too."

Was there anything about the technology Cameron used to make Avatar that influenced you?

What’s very important is he worked with this team at WETA when they did Avatar. I used most of the same team, because I went to New Zealand to work with them. So the knowledge they had from Avatar, plus the new evolution [in technology] that they’ve had for the last four years… the tools they’ve given me are amazing, and they would never have this quality if Jim didn’t do Avatar.

What specific tools or technologies did you use in the film?

It’s the knowledge that they [the visual-effects teams] have. Suddenly you have people in gray with suits and a camera, and you’re recording that, and it’s no more complicated than if you were on a set with normal actors. They make it totally easy to use. And that’s the big change. When I was with my actors using blue screens, it was easy. I just had to direct my actors and do my framing, and I wasn’t even thinking about the rest, because it was handled by them.

The same thing with ILM — they did the entire big market scene. I dealt with the location, set and actors, and I didn’t have to think about the technology and how they’re going do it. The souvenir I have from Fifth Element is exactly the opposite. When a shot was a special effect, the entire set was locked like a church. Even me, I needed a pass to get in. They didn’t make it easy for the director, they were taking the set from me.

How did you approach making the complex desert-market sequence in the film? Just the ingenuity of how you visualized normal people walking around the desert, while also interacting with another dimension, seemed astounding.

When we started the scene, I had a meeting with all the technicians, around 200 people, and tried to explain the big market. And at the end, they all smiled and I could tell nobody understood what I was saying. So I said to myself, "OK, I have a problem here, they’re not going to know what they’re doing." Storyboards and my explanation were not enough because we had to portray the desert vision, the market vision, the point of view of an alien and the point of view of a human.

So I took all the students from my director and writing school in Paris — there’s 120 students, almost like a big massive class — and we shot all the 600 shots from the storyboard one by one. The entire thing. The students were playing the actors, they were doing the props, costumes and everything. I edited that 18-minute scene together, added some temp music, and then I had the full scene to show the team. And once they saw it, they said "OK, we understand!"

It’s so funny to watch the scene now — we have the final version, as well as the one made by the students, and it’s hilarious. It’s exactly the same length and the same shots, except one is creaky and the other is good. It was the only way for everyone to understand what we were doing.

Will we be able to see the entire student clip on the DVD later?

Probably a little bit, but not the entire 18 minutes.

What is your biggest lesson from this film?

I think the biggest lesson is, when I started seven years ago, I said "Let’s try to do it." Now, I made it. And I’m kind of surprised myself. It’s exactly the same feeling as wanting to take a boat around the world without stopping. And then now, a couple days before the opening, I see the coast. I made the tour! And I’m just happy for that.

Do you know what you’re doing next?

I’ll probably do something smaller without special effects. (Laughs)